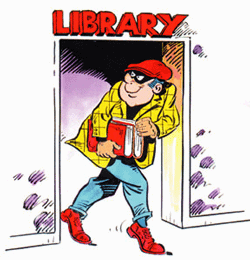 This week I spent some time working on Mead’s DVD collection. It’s hard to determine which titles are actually on the shelf and which may have grown legs and escaped the building via clandestine means, which got me thinking about library theft. We all love public libraries and the access to books, movies, music, and other resources they provide. All that and more for free, Free! FREE! Utilizing libraries can save anyone thousands of dollars a year when compared to the retail cost of books, etc, and these things are available to all. That’s why it totally blows my mind when I come to discover missing or stolen items in the collection. Lost and damaged items are part of the public library landscape and honest mistakes happen all the time. Maybe there’s a pattern to it all, one I cannot discern from the relative proximity to Mead’s catalog offerings. I decided to take a look at the things people commonly steal from libraries, bookstores, and archives across the country to try and extrapolate some reasons WHY. 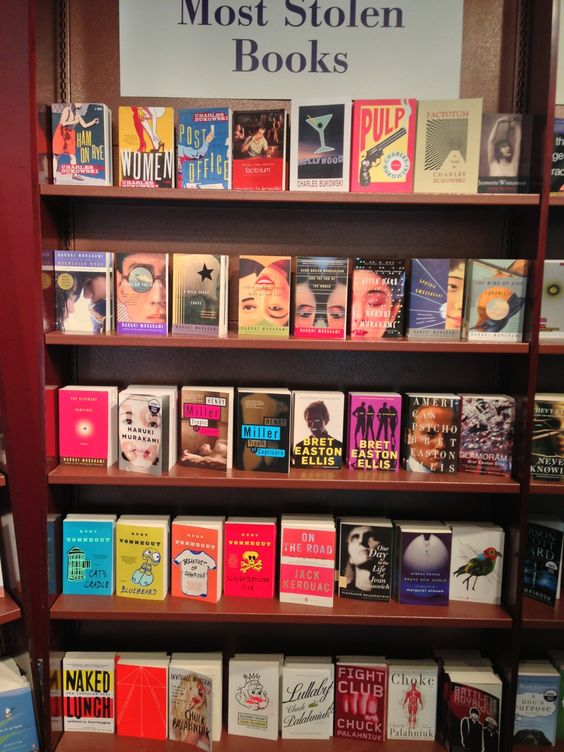 The above photo was posted on a tweet about the most frequently stolen books in a particular bookstore. There’s a bunch of Bukowski, Murakami, Bret Easton Ellis. I see On the Road by Jack Kerouac in there and honestly, I would be upset if I paid money for that brick, too. Not to say that I endorse shoplifting, but that brings me to WHY if one has access to a copy via the library for free, does one insist on shoplifting? One could argue that some of the above authors produce salacious material and it would be an embarrassment to be seen purchasing such a thing, but I don’t think this is the reason. My undergraduate experience with college lads and their inability to shut up about Bret Easton Ellis and Chuck Palahniuk points away from embarrassment as a factor. Perhaps the shoplifter is a thrill-seeker and simply loves the rush. Again, not an endorsement of shoplifting, but I sure hope the thrill-seeking type is ripping off big box and chain stores as opposed to independently-owned bookshops.

That brings me to my next hypothesis: people shoplift books to circumvent supporting a bad actor. For instance, JK Rowling has been in the news of late for terrible reasons (read all about it HERE and then instead of clicking on the link to JKR’s “defense” see instead THIS amazing response by Daniel Radcliffe). So, if someone wanted to read her pseudonymous mystery series without adding to her already sizable wealth, one might shoplift. Again, why not just get a copy from the library? 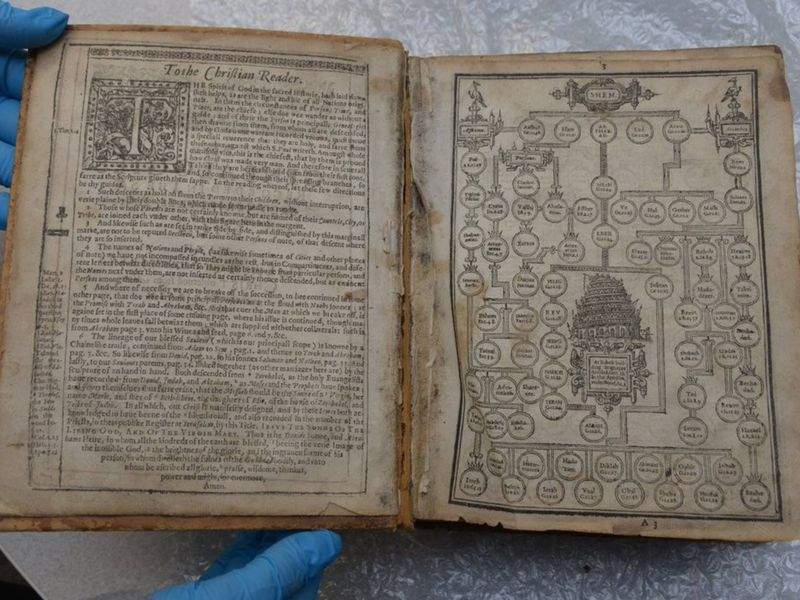 Have you ever heard the term “book mutilation”? Me either, until I took a course in art librarianship during grad school. The woman who led my class directed the Kohler Art Library at UW-Madison and had spent her entire professional life in rare book collections. This is the class that managed to teach me the most about libraries, as well as teach me that people get downright bold and sneaky (yes, both at the same time) if they think they can make some easy money. Our professor regaled and horrified us with tales of people cutting intaglio prints or other illustrated plates out of rare, early books and sneaking them out of the building to later sell. This is known as “book mutilation” and it makes the ghost of Johannes Gutenburg cry. The whole point of special collections is to preserve rarities for the posterity of all mankind, so it’s a real bummer when jerks who mutilate archival property make it harder for the rest of us to access the same material.

Sometimes, it’s not even some rando off the street doing the thieving. Behold: the bookseller and ex-librarian who, between the two of them, were able to steal upwards of $8,000,000 worth of rare books from the Carnegie Library of Pittsburgh. It’s a fascinating case, even more so due to how recently the crimes were discovered. Read about it in Smithsonian Magazine HERE. He’s an utter disgrace of a librarian, but the gentleman owns up to his greed. From a capitalist standpoint, book theft makes sense, especially if you have no soul or conscience. But that doesn’t wash with material stolen from public libraries, which tends to be mass-produced.

Popular: What better title to hold a record for being stolen than the Guinness Book of World Records? This annual collection of world-record-breaking facts is a family favorite at home and for sticky-fingered library patrons, both, apparently. To be fair, books with similar popularity tend to go missing more often than books that attract less attention. Now, would it shock you to know that the most stolen book in the world is the bible? Imagine. I’m no theology major but I’m pretty sure it says “thou shall not steal” somewhere in there.

Controversial: There is a noted phenomenon in public libraries everywhere in which misguided library patrons will steal books to “protect” the rest of us. This is antithetical to public libraries. We are committed to providing high-quality material on a wide array of topics which the public can decide to engage with, or not, by preference. The idea of someone removing materials according to their personal moral compass is reprehensible to me. Mead, and most public libraries, struggle to keep material about witchcraft and the occult on the shelf for this reason. And did you hear about the numpty Iowa who burned a bunch of LGBTQ+ children’s books in 2019? I don’t care what someone’s personal politics are, book burning is never a great look.

Thank you for joining me for my highly unscientific exploration of book theft. The truth of the matter is, we all live our lives in unique ways that will never be totally understood by everyone around us. Book theft is just another, albeit darker and troubling, facet of human expression. Remember: if you ever get the urge to steal a book, even if it’s Abby Hoffman’s Steal This Book, do your best to resist and come see us downtown for some honest reading.