One of my favorite things to do is to visit museums. Needless to say, I can’t do that these days while in quarantine. So here are some museums that are doing virtual tours that I paired with a documentary on Hoopla or Kanopy.

International travel, like late-night Taco Bell or book shopping, is just one of those things we don’t get to do in-person right now. So instead of risking a plane trip, bring the Louvre to you!

I thought it was interesting that, before this documentary, the Louvre had not been filmed.

It’s been a few years since I went to the Milwaukee Art Museum, and I had hoped I would get to go there this year. Thankfully, they have an online tour of their collection of 19th-century European academic paintings to tide me over. Wisconsin might give me a few other gems to look forward to when it’s safer to leave my house.

The thing that has always made me want to travel to America’s capital has been the Smithsonian Institution, especially the National Museum of Natural History. Of the virtual tours, this is one of my favorites because it appears to be the entirety of the museum.
I was rather surprised that I couldn’t find a documentary specifically about the Smithsonian on either Hoopla or Kanopy. I did find an episode from The Great Courses on archeology in North America, though. 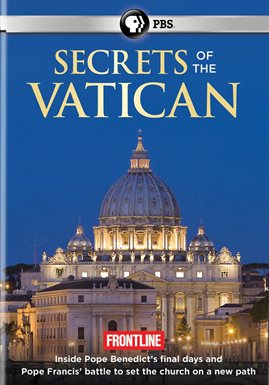 Frontline: Secrets of the Vatican (Hoopla/Kanopy/Monarch)

In college, I almost graduated as a religion major, but I decided a minor was more reasonable. That’s led to a sort of recreational interest in the Vatican, both historically and politically. The documentary scratches that political itch and the virtual tours get my historical one.