It’s a beautiful, sunny, windy day outside today, and I couldn’t think of what topic to write about, and so we have ended up at… the scariest book you’ve ever read! Why? I don’t know – perhaps the terror of not having a blog topic transformed into a need to write about horror books, or perhaps I’ve just been spending too much time looking at sewing patterns for Halloween costumes recently. Whatever the reason, it has led us here – to what my coworkers here at the library consider the scariest books they’ve ever read!

Descriptions below taken from the publisher or our catalog. 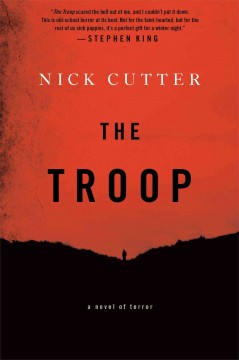 The Troop by Nick Cutter

Once every year, Scoutmaster Tim Riggs leads a troop of boys into the Canadian wilderness for a weekend camping trip. This year, something is waiting in the darkness. Something wicked….

An intruder stumbles upon their campsite like a wild animal. He is shockingly thin, disturbingly pale, and voraciously hungry. Within his body is a bioengineered nightmare, a horror that spreads faster than fear. One by one, the boys will do things no person could ever imagine….

From one of the greatest storytellers in modern times comes this classic collection of twenty-two works of fright and wonder…unforgettable tales that will take you to where your darkest fears await. Whether it’s a mysterious impenetrable mist camouflaging bizarre, otherworldly terrors that could herald the destruction of humanity…or an eerie-looking child’s toy that harbors an unimaginable evil…or four college students on a deserted lake encountering something that crosses the boundary of sanity…or a man suddenly given the omnipotent ability to quite literally edit his own reality…the extraordinary narratives found in Skeleton Crew are the enduring and irresistible proof that Stephen King is a true master of the short fiction form.

(The specific recommendation here was for the short story “Survivor Type,” which is contained in this book.) 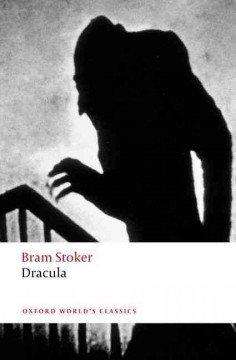 A young lawyer on an assignment finds himself imprisoned in a Transylvanian castle by his mysterious host. Back at home his fiancee and friends are menaced by a malevolent force which seems intent on imposing suffering and destruction. Can the devil really have arrived on England’s shores? And what is it that he hungers for so desperately?

Years ago, when House of Leaves was first being passed around, it was nothing more than a badly bundled heap of paper, parts of which would occasionally surface on the Internet. No one could have anticipated the small but devoted following this terrifying story would soon command. Starting with an odd assortment of marginalized youth — musicians, tattoo artists, programmers, strippers, environmentalists, and adrenaline junkies — the book eventually made its way into the hands of older generations, who not only found themselves in those strangely arranged pages but also discovered a way back into the lives of their estranged children.

Now, for the first time, this astonishing novel is made available in book form, complete with the original colored words, vertical footnotes, and newly added second and third appendices.

The story remains unchanged, focusing on a young family that moves into a small home on Ash Tree Lane where they discover something is terribly wrong: their house is bigger on the inside than it is on the outside.

Of course, neither Pulitzer Prize-winning photojournalist Will Navidson nor his companion Karen Green was prepared to face the consequences of that impossibility, until the day their two little children wandered off and their voices eerily began to return another story — of creature darkness, of an ever-growing abyss behind a closet door, and of that unholy growl which soon enough would tear through their walls and consume all their dreams.