Ask most people and they will tell you they are not racist. Perhaps you’ve seen this Angela Davis quote floating around social media lately: “In a racist society, it is not enough to be non-racist, we must be anti-racist.” But what do we mean when we say “anti-racist”? Anti-racism is acknowledging the oppression of people of color while engaging in the active fight against that oppression. We’ve all watched anti-racist action over the past week take the shape of world-wide protests against the continued disproportionate abuse of black bodies by American law enforcement officials. It’s harrowing, inspiring, confusing, emotional, and polarizing. The protests are already proving invaluable to drive change for equality among lawmakers.

So, maybe you’re not ready to join in a public protest. Maybe you have questions about what it means to be an anti-racist ally in the fight against oppression. The good news is, educating yourself is an important facet of anti-racism. If you’re not ready to dive into the work of Ibram X. Kendi, or Robin DiAngelo, fear not. Once again, my favorite video-streaming service, Kanopy, is here with the goods. A curated collection of movies and series related to Black Lives Matter is linked on the Kanopy home page. It’s a fabulous list, but it’s also overwhelming. Below, I listed four films and series that will help you start or continue your journey towards anti-racist allyship. 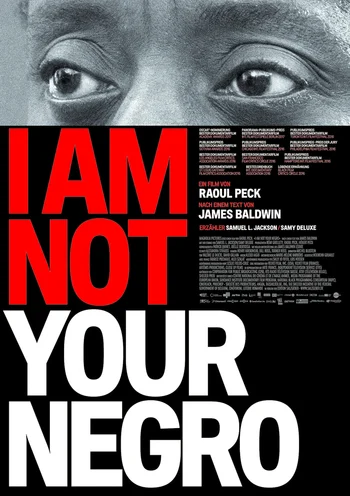 James Baldwin died in 1987, but his words still ring true 30 years later. Narrated by Samuel L. Jackson, this Oscar-nominated documentary examines Baldwin’s last and unfinished book project by connecting the Civil Rights movement of the 1960s to the present-day Black Lives Matter movement. James Baldwin is one of the finest minds of the 20th century and watching him speak is hypnotic. Baldwin is a really important and moving author, so getting your hands on his work is beyond worthwhile. Take a look at his work available through Monarch HERE. Reading The Fire Next Time and Go Tell It On the Mountain were pivotal moments in my own anti-racist journey when I was going through college. Don’t have internet access? Get a copy of I am Not Your Negro on DVD HERE.

I love Gwen Ifill. She is one of the smartest people working in news broadcasting today, so I was pleased to see America After Ferguson, which she hosts and moderates, available on Kanopy. This is a great starting point for people who are curious about Black Lives Matter but don’t know where to begin gathering information.

This film centers around the life and work of retired law enforcement official William “Dub” Lawrence, the founder of modern SWAT teams. His son would eventually be shot to death by a SWAT team 30 years after their inception. Lawrence’s subsequent investigation into the incident and others like it leads him to believe the death of his son, and so many other SWAT victims, were preventable. Watch this if you want to learn more about the alarming militarization of American police and why it has created a deadly disconnect between law enforcement and our citizenry.

Copwatch: An Organization Dedicated to Filming the Police (2017; directed by Camilla Hall)

Who polices the police? This documentary examines the reactionary formation of WeCopWatch, which sprang-to hot on the heels of the unjust deaths of Freddie Gray and Michael Brown. Director Camilla Hall describes her film as “a plea for humanity. A plea to look out for each other; to look out for your neighbor. To not walk by when something terrible is happening to somebody else and taking that active decision to look out for one another.” Watch this to get a deeper sense of the sorrow and anger people feel on a national level while trying to hold law enforcement officers accountable.

Honestly, these picks will probably make you uncomfortable. They will probably bum you out. Racism and inequality SHOULD make you feel uncomfortable. Learning anti-racism is an ongoing, fraught process. You’ll make mistakes and sometimes feel like garbage and that is okay. I would love to hear which Kanopy-curated BLM material you have been watching, whether you have found it enlightening, and why or why not. Feel free to reach out to me at publicservices@meadpl.org. And remember, we are always here to help you find the high-quality literature, articles, and other media you will require on your anti-racist journey.