I really enjoy reading mysteries, and my favorite ones are ones set in foreign countries. I guess I feel like I get to see the country the way someone visiting for a long time would, not just like a tourist. You see the lives, generally, of ordinary people; you see them dealing with violence and grief; you see them dealing with authority and what that relationship is like as well.

Below, I’ve listed some international mysteries that I’ve particularly enjoyed recently – or, in some cases, the first book of a series that I think is very good. I hope you’ll check some of them out – library books are, without a doubt, the cheapest way to travel!

All the summaries below are taken from our catalog unless otherwise noted.

Summary: “Sex, lies and ill-fitting swimwear … Sun Protection Factor 100. Jan Nyman, the ace detective of the covert operations unit of the National Central Police, is sent to a sleepy seaside town to investigate a mysterious death. Nyman arrives in the town dominated by a bizarre holiday village – the ‘hottest beach in Finland’. The suspect: Olivia Koski, who has only recently returned to her old hometown. The mission: find out what happened, by any means necessary” – provided by publisher.

Thoughts: I’m starting off this list with my absolute favorite. To be honest, it might be my favorite book of the year. It’s a little hard to describe – Finnish dark comedy noir, maybe? The book opens with a quote from the Marx Brothers if that gives you a sense of Tuomainen’s inspiration. But the reason I really loved it, besides laughing out loud a lot while reading it, is that it is, at heart, a very optimistic book.

Despite the “dark comedy” description (after all, there are murders and crimes aplenty), I finished this book feeling like Antti Tuomainen had a great deal of sympathy for the characters in the book – a mix mostly of weird people and losers who end up being really charming in an odd way (I mean, one of them is trying to create a Palm Beach-style resort on the frigid Finnish coast, and it’s as ridiculous as it sounds). It made me laugh and then, in the end, left me smiling.

This one is also available as an ebook through Hoopla, which is how I originally read it. His books seem to be released earlier electronically than physically, at least in their English translations. If you end up liking this one, his next, Little Siberia, is already out as an ebook on hoopla! And, like all titles on hoopla, there’s no waitlist!

Wife of the Gods by Kwei Quartey

Summary: An original debut novel set in Ghana, is the story of Detective Inspector Darko Dawson, who is sent from the big city to the village of Ketanu to solve the murder of an accomplished young AIDS worker. Darko’s own mother disappeared from this same village many years ago, and as the mystery unfolds, the reader meets a rich cast of characters, and learns about Trokosi, a system where young teenage girls are sent to live with fetish priests to bring good fortune to their families. Darko explores the motivations and secrets of the residents of Ketanu, and in addition to solving a recent murder, discovers the shocking truth about his own mother’s disappearance.

Thoughts: This book is a decade old now, but it’s the beginning of a five-book series – I enjoyed them all, so why not start at the beginning? The main character is a detective in Accra, the capital of Ghana. One reason I enjoy international mysteries is to read about places that I’m unfamiliar with and might never get to visit, and this series fits that bill perfectly.

The main character is also very likable, and over the course of the story, we learn a lot about his background through a secondary story thread about his childhood and family (and missing mother). The plot is a good combination of personal, past mystery and current-day crime.

This one is also available as an ebook through Overdrive/Libby. 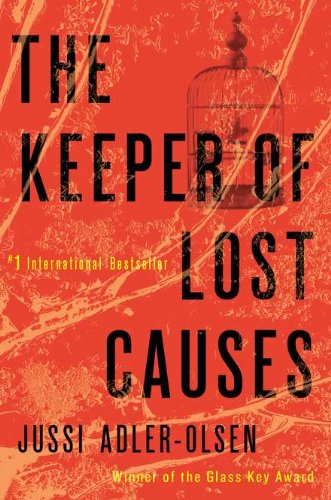 The Keeper of Lost Causes by Jussi Adler-Olsen

Summary: Chief detective Carl Mørck, recovering from what he thought was a career-destroying gunshot wound, is relegated to cold cases and becomes immersed in the five-year disappearance of a politician.

Thoughts: This is another one that’s the start of a series. The main character is a homicide detective who is involved in a shooting and then ends up shunted off via “promotion” to a basement cold-case department… that he is the only member of. His interplay with the janitor, who is a Syrian refugee and was clearly more than a janitor before moving to Denmark, is very good – he basically ends up being the detective’s partner in the investigation.

The plot is tense, there’s a race against time to solve a kidnapping, and the story also has a good bit of humor (often dark humor) in it. The series is still ongoing, so once you catch up, you’ll be able to anxiously await future entries like I do!

This one is also available as an ebook through Overdrive/Libby.

The Mask of Ra by P. C. Doherty

Summary: In Ancient Egypt, Pharaoh Tuthmosis II returns home, victorious from a war in the Nile Delta, only to be killed by a viper’s bite. Chief justice Amerotke opens an investigation and discovers a plot.

Thoughts: If the past is a foreign country, then this is the most foreign of the novels on this list. It’s set in ancient Egypt (about 3,500 years ago!), so there’s no police or detectives in the sense that we’re used to. But Mead Library recently purchased a subscription to Kanopy for its patrons – you can watch up to 10 titles a month – and I recently finished watching A History of Ancient Egypt because videos from The Great Courses don’t count towards your 10 titles! When I saw this book on the shelf and had ancient Egypt on the brain already, I couldn’t resist checking it out.

The author is a historian, and he really makes the past vivid and alive – it has that strange mix of familiarity and strangeness that I’ve gotten while traveling to foreign countries. But unlike the other books on this list, this is a country that I literally can never visit because it doesn’t exist anymore. 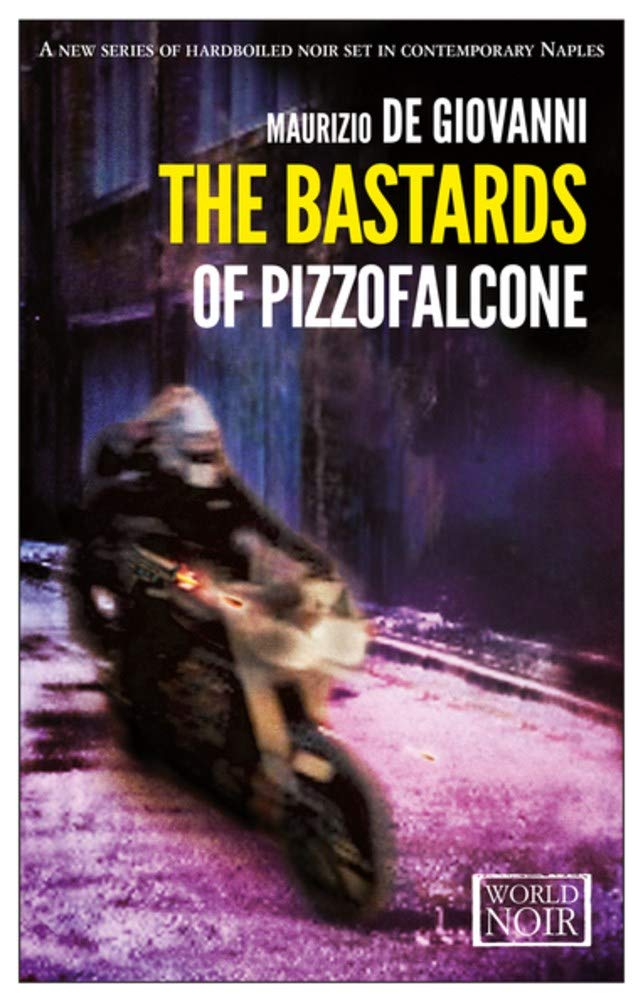 The Bastards of Pizzofalcone (ebook) by Maurizio de Giovanni

Summary: A new series of hardboiled crime fiction set in contemporary Naples by the author of the internationally bestselling Commissario Ricciardi series. They’ve made a fresh start at the Pizzofalcone precinct of Naples. They fired every member of the investigative branch after they were found guilty of corruption. Now, there’s a group of detectives, a new commissario, and a new superintendent. The new cops immediately find themselves investigating a high-profile murder that has the whole town on edge. … De Giovanni is one of the most dexterous and successful writers of crime fiction currently working in Europe. His award-winning and bestselling novels, all set in Naples, offer a brilliant vision of the criminal underworld and the lives of the cops in Europe’s most fabled, atmospheric, dangerous, and lustful city. – excerpted from hoopla

Thoughts: I saved this one for last because, unlike the other books on this list, it’s only available from the library as an ebook. This one is set in Italy, and the “bastards of Pizzofalcone” is the nickname originally given to the detectives of the Pizzofalcone district of Naples – because they are all implicated in a drug scandal that causes them to lose their jobs. The actual “bastards” from the title, however, are the rag-tag group of cast-offs from other departments who are sent to Pizzofalcone to replace the fired (and probably indicted) former detectives.

And as you might guess, the biggest strength of the book is those characters – the sunglasses-wearing thinks-he’s-cool detective whose job is a result of nepotism, the one whose gun went off inside a police station “while cleaning it,” the scary one with the anger-management issues… I feel like I’ve used “dark comedy” a lot in these reviews, but it’s something that’s done well in a lot of the best international mysteries, and I would absolutely include this in that number.