In a continuation of last week’s post centered on LGBTQI+ excellence in books and movies, please enjoy this list of graphic novels to celebrate Pride and the inherent talent and diversity within. Below, I highlight four graphic novels that are worth a look whether it’s Pride month or not. Book descriptions were sourced from publisher information. 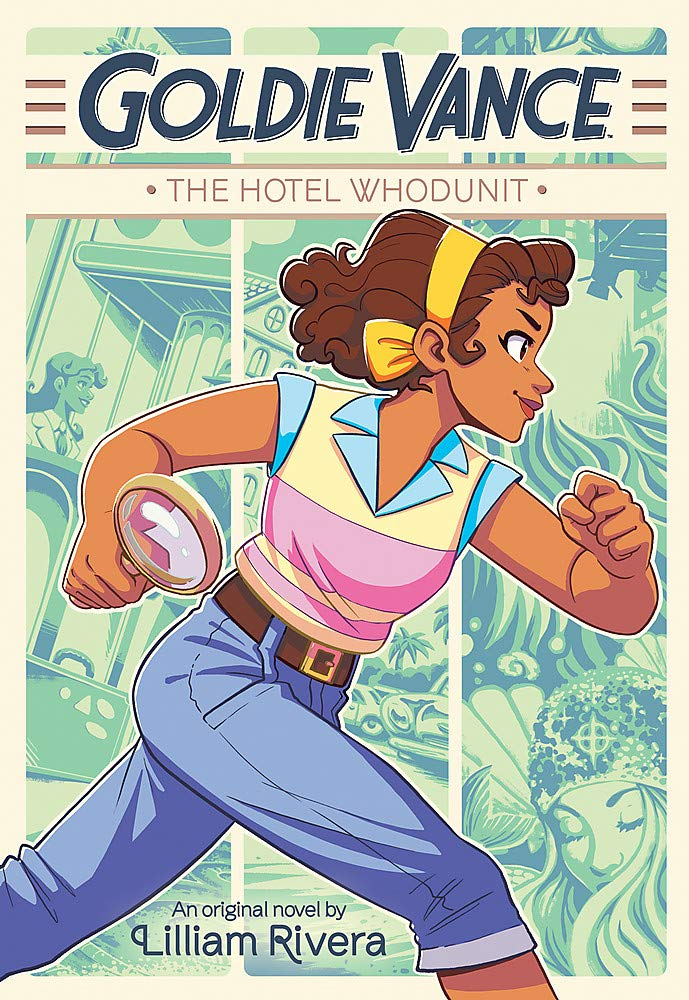 This series is what it might look like if Nancy Drew liked girls and had non-white friends. 16-year-old Marigold “Goldie” Vance lives at a Florida resort with her dad, who manages the place. Her mom, who divorced her dad years ago, works as a live mermaid at a club downtown. Goldie has an insatiable curiosity, which explains her dream to one day become the hotel’s in-house detective. When Charles, the current detective, encounters a case he can’t crack, he agrees to mentor Goldie in exchange for her help solving the mystery utilizing her smarts, random skills, and connections with the hotel staff and various folks in town. Available on Hoopla. The Backstagers (2017) by James Tynion IV

James Tynion IV (Detective Comics, The Woods) teams up with artist Rian Sygh (Munchkin, Stolen Forest) for an incredibly earnest story that explores what it means to find a place to fit in when you’re kinda an outcast. When Jory transfers to an all-boys private high school, he’s taken in by the lowly stage crew known as the Backstagers. Hunter, Aziz, Sasha, and Beckett become his new best friends and introduce him to an entire magical world that lives beyond the curtain that the rest of the school doesn’t know about, filled with strange creatures, changing hallways, and a decades-old legend of a backstage crew that went missing and was never found. Available on Hoopla. Ongoing series. Pan’s life used to be very small. Work in her dad’s body shop, sneak out with her friend Tara to go dancing, and watch the skies for freighter ships. It didn’t even matter that Tara was a princess… until one day it very much did matter, and Pan had to say goodbye forever. Years later, when a charismatic pair of off-world gladiators show up on her doorstep, she finds that life might not be as small as she thought. On the run and off the galactic grid, Pan discovers the astonishing secrets of her neo-medieval world… and the intoxicating possibility of burning it all down. Available on Hoopla. 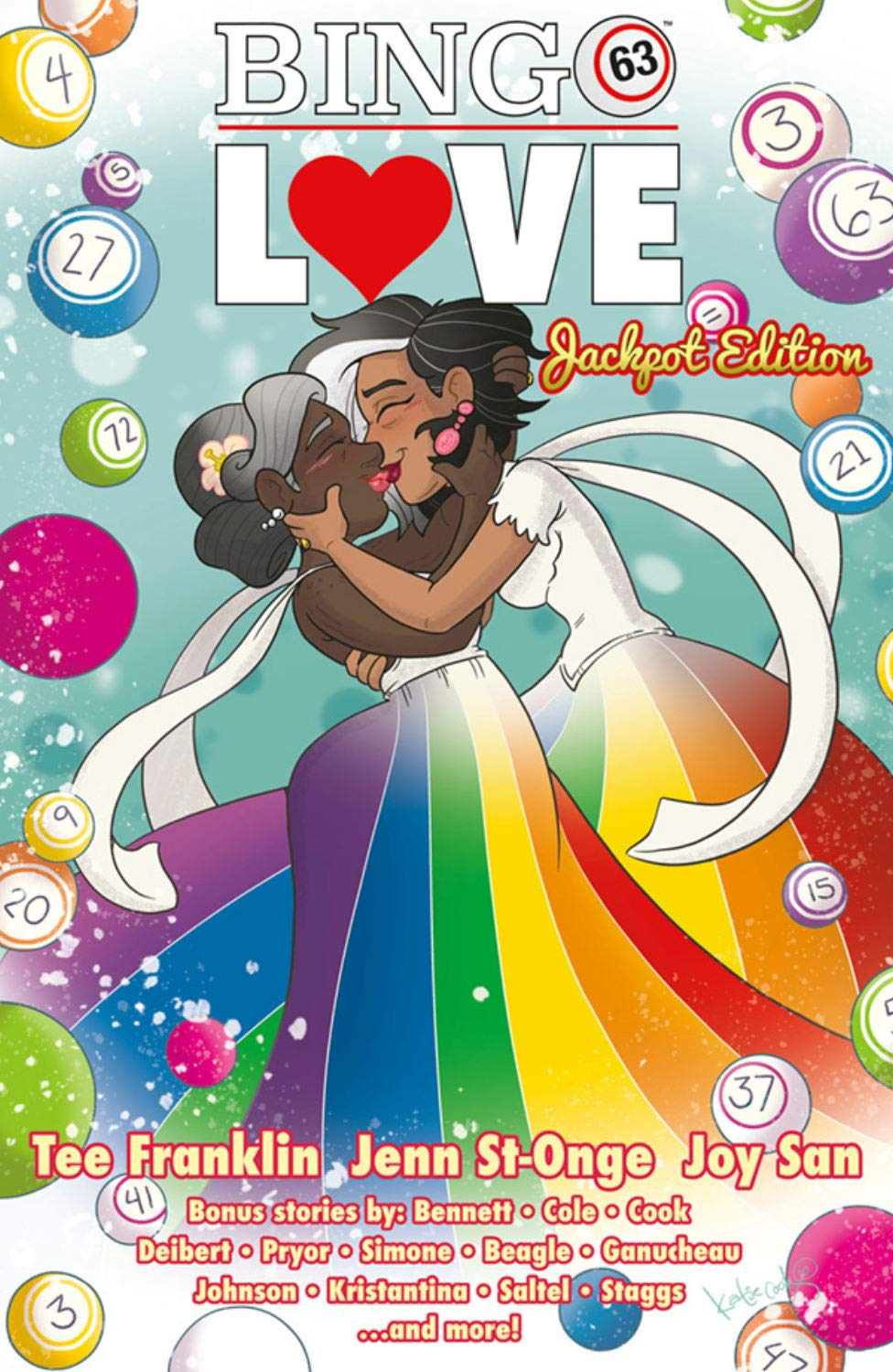 When Hazel Johnson and Mari McCray met at church bingo in 1963, it was love at first sight. Forced apart by their families and society, Hazel and Mari both married young men and had families. Decades later, now in their mid-’60s, Hazel and Mari reunite again at a church bingo hall. Realizing their love for each other is still alive, what these grandmothers do next takes absolute strength and courage. Available on Hoopla.

All of the above titles can be found in the Monarch catalog. Most of the titles are available on Hoopla. In fact, Hoopla is host to hundreds of comic book and graphic novel titles, so no matter one’s interest area there is bound to be something that appeals.

Please do not hesitate to reach out for help requesting material or troubleshooting tech stuff. As always, we are thrilled to pieces to give reader’s advisory book recommendations whether it’s for Pride month or any other occasion.